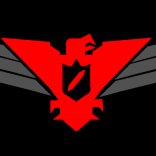 By BuildTheWalia, June 29 in Mafia